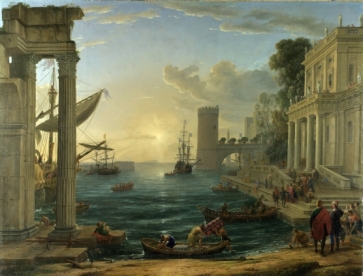 When I was packing my case to go away with my Raymond he always used to get impatient and say something like “Come on lass, we’re off for a couple of nights in Withernsea, it’s not  the embarkation of the Queen of ruddy Sheba!”

Obviously, I knew that, I wasn’t going to travel for days across the Red Sea to Jerusalem to pay tribute to and probably have carnal relations with King Solomon, I was going to be driven down the B1362 for about three quarters of an hour to maybe see a singer in the clubhouse, and listen to my Raymond’s snores echoing around the caravan all night.

But still, a woman has to pack enough stuff to last her the weekend, doesn’t she.

Of course, the queen of Sheba had a bit more packing than most. She was the ruddy queen for heaven’s sake, you couldn’t expect her to make one pair of tights last all weekend, and not be able to swap her shoes for a comfy pair of slippers at the end of the day. The queen of Sheba would have had a selection of slippers to choose from, and most of them would probably have had pompoms on them.

Besides, I wasn’t just packing for myself, I needed to take his ruddy slippers an’all, otherwise, he would have had a face on all weekend, and I couldn’t be doing with putting up with him with one of his faces on. And we would both need our pac-a-macs in case it rained, and I would need my rain mate to protect my hair, and if it rained heavily we would both need wellington boots. There was a lot to think about. Even if it didn’t rain. It might have. You never know.

And the Queen of Sheba wasn’t just packing for one either. She had her retinue to think about. Retinues don’t live on fresh air you know. They have to be fed and watered and have a change of clothes every now and then, or they start to stink. King Solomon would not have been impressed by a woman with a stinky retinue. Those sorts of people never are.

And besides all that she had to pack some presents for King Solomon, she decided on gold, unguent oils, spices and precious stones. Apparently she took plenty of them an’all, which is why Lorraine painted them loading a treasure chest into one of the boats which is already full of parcels of stuff, and there are a fair few golden pots on the quayside as well. We never had any treasure chests or golden pots at Withernsea. But I did try and brighten the place up a bit with a pot dog and a plaster of Paris ornament of the lighthouse.

Of course, when she arrived in Jerusalem, the famous composer Handel had written a special piece of music to welcome her, so there was a bit of a fuss at that end as well. I was lucky if my Raymond put the ruddy kettle on when we arrived at that ruddy caravan. So I don’t know how he could have compared me to the Queen of Sheba. He was no ruddy King Solomon. But neither of us really liked a fuss. So I suppose he was alright for me.

They used to wrap fish and chips up in real newspapers. With old television and cinema listings and adverts and football results and allsorts on them. When I say old, I mean from a few weeks ago. Maybe a couple of months at most. But whenever me and Raymond had our fish and chips at Withernsea, we used to enjoy reading them. It was like looking back in time. Only a short way, but it felt good, while you were eating your chips. Then some ruddy jobsworth decided that there was something in the ink that might cause malignancy. So they had to buy blank newsprint rather than use unsold newspapers. So the price of your fish and chips went up a bit, and there was nothing to read while you ate them. Still… Those bits of paper that didn’t get fat all over them were good to give the kiddies something to draw on.
These days they use ruddy waxed paper cones which are printed to look like newspapers. Only there is no real news on them. Just some nonsense about how eating fish and chips is healthy. Of course it isn’t ruddy healthy. They wouldn’t taste so good if they were healthy. It isn’t about health. It’s about having a good time at the seaside.
It doesn’t look like the Page of cups has got any chips in his cone. And it’s not even done up like a newspaper. So he must have got it from some posh shop. Probably one of them Japanese Shushy shops, because it looks like the fish is still alive. That’s how the Japanese like to eat them apparently. I prefer mine with the heads chopped off to make sure that they are dead, filleted, and fried in batter. But it takes all kinds. My Raymond got a piece of Haddock from a fish and chip shop in Bridlington once. and it wasn’t cooked properly. It was all raw in the middle. The Japanese would have loved it, but you don’t get that many Japanese people in Bridlington, so the pigeons had it. We never went back to Bridlington after that. Which was a shame really because Edmundo Ros was on at the Spa the following year, and I would have liked to have seen him. I hope he didn’t try the fish and chips.
Still, they had a ventriloquist on at Withernsea with a dummy in a sailor suit. The ventriloquists lips moved all the time, but you didn’t notice if you looked at the dummy. He was funnier than Edmundo Ros would have been, and cheaper too. We bought an Edmundo Ros record from Woolworth’s with the money we saved. “Hair Goes Latin” they called it. My hair never did, but then I usually had my curlers in whenever I listened to it.
Four things that you might do this week. (i) treat yourself to some fish and chips. Unless you live in Bridlington. If you do, and you still want to treat yourself, I suggest you drive down to Withernsea. It’s only an hours drive down the B1242. Or you could try Hornsea, which is only half an hour the same way. Only I can’t speak for the quality of their fish and chips. (ii) If you are feeling adventurous, why not try some of that Japanese Shushy stuff. Apparently they do it in all the supermarkets now. They even kill the fish before they make it these days. Or you can get a vegetarian version where they have made artificial fish by whittling cucumbers or carrots or something. You wouldn’t get me eating stuff like that though. It’s unnatural. (iii) Listen to some Edmundo Ros. He used to do some lovely records of stuff in Latin. Not the language, the music. I think he was more Caribbean than Roman, but I could be wrong. It’s hard to tell these days. (iv) Get you hair done, or cut, or something. At a proper barbers. They need the money. There’s a recession on.