“Don’t go looking at me with that face, waving that ruddy thing about”

Those are the words that come to mind when I see the king of Swords. Look at that expression on his face. “Why so serious?”

I’m not fond of swords. I’m not fond of weaponry really. Besides. I am a great believer in the old adage “The spoon is mightier than the sword” Look at him in the card again. Imagine if, instead of waving that sword around, he was holding a spoon, and steadying a bowl of kellogs on his lap with his other hand. “Little Golden Flakes of Sunshine.” He wouldn’t have that serious look on his face then. He would be licking his ruddy lips and tucking in. And if anyone came to pinch his breakfast he could smack them on the head with the spoon. which is a much better way of dealing with an enemy than running them through with a sword. Thats such a final method. with the spoon method, the only side effects are a headache and a comedy lump on the bonce. both of which the victim might recover from, and go on to become an ally in the future. Trust me, his wife and kids will thank you for not spilling his blood all over the shop. and besides, if any got on your kellogs, you wouldn’t want to be eating them anyway. Cold milk and sugar, yes. Hot blood, No!

Of course, an even more effective way of dealing with someone who came to steal your breakfast woud be to get them to pull up a chair and give them a bowl of their own. Its not as if cornflakes are all that expensive now, is it. They do those family sized boxes these days, they are ruddy enormous. I dont know how much they contain, because its all in those metric weight things, but I bet there is at least a pind of kellogs in them, and what with individual kellogs being relatively light, thats a lot of sunshine goodness!

The trouble is, when you have your breakfast on a massive stone chair outdoors in the middle of ruddy nowhere, its a bit difficult to offer anyone the chance to come and sit down with you. he could shuffle up a bit I suppose, but then he and his new companion would only have one cheek each on the throne. Or alternatively they could sit back to back, but that wouldn’t be very friendly.

No. I think the best idea would be for him to get down onff the throne and sit on the grass. He could take that purple cloask off and spread it out like a blanket. then they could sit together peacably and happily, like equals. And the next time they met, the would be theif might bring some different cerial. Maybe special K with real fruit pieces, or those little pillow things with chocolate sauce in the middle.

Its suprising what might happen when you put down your weapon and smile.

Four things that you might do this week. (i) Change your breakfast cereal. It might feel a bit funny at first, but it will mean that you start the day differently, and it might change the way you are. Bring a sense of adventure to your life. (ii) Do something nice for someone you don’t like, or someone that you think doesn’t like you. You might discover that they are nicer than you thought. They will certainly be suprised, and might do something nice for you in return. I’m not suggesting something massive, like paying off their ruddy mortgage, but it wouldn’t hurt to give them a fruit pastille, or a tube of fruit pastilles. (iii) Smile a lot. Say good morning to people, iven if you dont like the look of them. Particularly if you don’t like the look of them (but only in the mornings.) (iv) We all know that swords are not as mighty as we thought that they were. But have a think on this… Which is mightier: the spoon or the pen? I would be more than happy t read your thoughts in the comments below. No really. 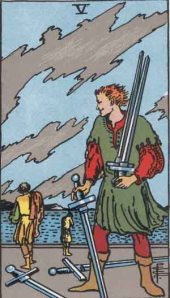 I’m sure you know what it’s like with men and their hobbies. They can’t just take an interest in something, they have to go the whole ruddy hog and spend a fortune getting all the right equipment, and the proper clothes, and magazines and books about how to do it properly. It doesn’t matter wether it’s golf, fishing, photography or ruddy well tiddlywinks, if a bloke gets “the bug” for something, it’s never going to be cheap.
My Raymond’s brother Cyril once fancied himself as one of them snooker players. So he joined one of them clubs where they had the full sized tables, and had a few games, but he never managed to pot many balls. So he reckons that all the snooker sticks in the club must be warped, and goes out and spends fifteen ruddy quid on one for himself. And that was in 1970s money. That’s more than £150 in today’s money, probably. Alright, so it was a three quarter split with “two detachable extension for those hard to reach places,” and it was made out of Canadian Maple with an Ebony butt, but Fifteen Ruddy Quid! I would have expected it to come with its own balls and a jar of lubricant for that sort of money.
And then of course he had to have a case for it. And a waistcoat with a little leather lined pocket to hold his chalk in. I don’t think that him and April may managed a week in Scarborough that year. They had to make do with a few coach trips instead.
And the thing was, he never got any better at playing the ruddy game for all the money he spent, and ended up selling the gear to a bloke down the club for a fraction of what he paid for it, to raise some money to buy himself an accordion with. And you can imagine how long that fad lasted an’all.
Any road, the five of swords is telling you that there will always be someone who benefits when you give up on something that cost you an arm and a leg to get into. Those poor blokes on the beach have come to the realisation that war is a bad business, it ain’t nothing but a heart breaker, friend only to the undertaker. So they have decided to leave their swords on the beach. Huh! Good God, y’all.
But along comes ginger, grinning all over his face and pinching them, no doubt to turn a profit on them. I just hope that he is going to melt them down and turn them into ruddy ploughshares, or something. Them blokes won’t miss the swords, but their ruddy wives will have a few questions to ask about what happened to the money that they paid for them. And there’ll be a few red faces over the breakfast table, I can tell you.

Four things that you might do this week. (i) if you are thinking of starting a new hobby, borrow the equipment until you are sure that you are going to keep it up. And even then, don’t buy the most expensive equipment, you’ll just be paying for the ruddy name. Having said that, don’t buy the cheapest either, it’ll be shite. (ii) When you are sorting out your finances, make sure that you have enough money for a decent holiday. Nobody really likes coach trips. You spend too much time on the bus getting cramp and dying for a wee. And even if they have got a toilet on board, you can guarantee that some filthy so and so will have pittled all over the ruddy seat, and there will be no paper left. None that is dry, any road. (iii) Go beachcombing. It’s great fun at any time of the year. My Raymond once found a bottle of rum that was half full. It had probably fallen off a ship in a storm or something. I wouldn’t let him drink any though. You don’t know who had had it. some ruddy pirate with bad teeth had probably had his lips around it. I took it off him and hid it at the back of the gas cupboard. I tried it while he was out. It wasn’t too bad. I wasn’t worried about my teeth, they are all ruddy false any road. (iv) Make a stand against war. Put all weapons down. And walk away.