The story so far. Cordelia Bright agreed to marry the wicked Sir Jasper De Jasper, but only to prevent him from closing down the St Justus home and sending the headless orphans to the workhouse. The miserable Sister Odium was angry and jealous. She was spurned and ridiculed by Sir Jasper when she suggested that she would be a more suitable bride for him. In the church, on the day of the wedding, just moments after Father O’Shaughnessey had pronounced Sir Jasper and Cordelia man and wife, Sir Jasper fell to the floor. Dead…

Father O’Shaugnessey gently lifted the dead man’s hand from his neck, gasped and crossed himself. Beneath it was a small dart, lodged in the jugular vein. Sir Jasper had been murdered!
The doors to the church were secured. No one was to enter or leave the building until the police arrived. When they did, in the form of inspector George Savales and two stout constables, everyone was searched thoroughly from head to toe. Apart from the orphans, who were only searched from the neck down. When the blowpipe and tin of darts was discovered in Sister Odium’s clutch bag, she was handcuffed and led away screaming that she was innocent and that she should have been the one marrying Sir Jasper, in a wild, almost incoherent manner. That the darts were of the same type as the one sticking from Sir Jasper’s neck was in no doubt. It would subsequently be discovered that their tips were coated in the same deadly poison. Then it would only be a matter of time before Sister Odium’s neck was violated. By the hangman’s noose!
But the death of Sir Jasper turned out to be a stroke of luck for the headless orphans in a more significant way than just being the cause of the removal of the despised sister. Happening as it had just moments after Cordelia became his wife, it meant that amongst his many other assets and interests, the St Justus Home became her legal property. Cordelia was now a widow woman of considerable means, and the future of the orphans lay in her fair hands.
The Orphanage would remain open. There would be no sludge processing factory, and no more lumpy porridge for the headless orphans. They would have nothing but the finest food and care. Perhaps some of the finest scientific minds in the realm could be induced to work upon finding a way to grow them fresh heads, with mouths and noses, hair, teeth and tongues, ears and eyes, lips to kiss, and cheeks to be kissed. The things that normal children took for granted, but that the inhabitants of the St Justus home could only dream of.
But all that was in the future. For now, six shaken headless orphans were led back home by Sister Blessed and Cordelia Bright and placed in the drawing room to play, whist dinner was prepared.
Matthew separated himself from the others, and locked himself into the lavatory. He sat on the closed seat, not bothering to remove his trousers at all. He tensed the muscles in his body, clenched his little fists and seemed to squeeze his flesh reddening with the effort. Slowly, as he wriggled and pushed, something began to emerge from the blowhole atop his neck. A thin, hollow cylinder. When it protruded by about an inch, he took it between his finger and thumb and plucked all six inches of it free, giving it a wipe on his jacket. It was a blowpipe, identical to the one that Sister Odium had taken from him in the church. He broke it into several pieces. He placed the pieces into the lavatory bowl, and he flushed them away. Forever! 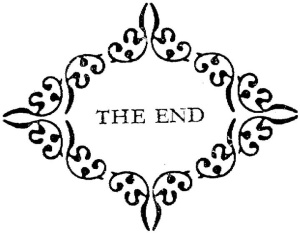 The story so far. Cordelia Bright has agreed to marry the wicked Sir Jasper De Jasper, but only to prevent him from closing down the St Justus home and sending the headless orphans to the workhouse. The miserable Sister Odium is angry and jealous. She was spurned and ridiculed by Sir Jasper when she suggested that she herself would be a more suitable bride for him….

At last the day had arrived. The guests were filing into Father O’Shaughnessy’s church to the sound of old Billy Haigh pumping enthusiastically at his organ. At the front Sir Jasper De Jasper licked his lips with anticipation, and exchanged a joke with his best man and valet, Jim Kilvert.
The congregation was sparse. Many of the supporters of the St Justus Home who had turned up for the recent charity evening had decided not to attend, harbouring a dislike for Sir Jasper and finding the idea of celebrating his marriage distasteful. Matron Blessed was to accompany Cordelia into the Church with the three female headless orphans as bridesmaids. This left Sister Odium in charge of the three boys, a responsibility which seemed to do nothing to alleviate her displeasure. She showed this by noisily shoving them into the church at the last possible moment, making a clatter and a fuss as she settled them into the very back pew.
As soon as they were seated, Matthew took out his blowpipe and tin of darts, tapping one against the other and shaking in rhythm to the sound of Haigh’s Organ. Tap… Tap… Tap…. Chick! But this time when Sister Odium made a grab, there was no escape, he was penned in between her and his two pals, and couldn’t prevent her from taking his playthings. With a satisfied smirk, she placed them inside her clutch bag and snapped it shut. “I wouldn’t expect the return of those in a hurry” she gloated.
Then the sound of the bridal march struck up and Cordelia entered from the back of the church, arm in arm with Matron Blessed. The effect of her beautiful dress, the floral wreath around the top of her veiled head, and the long train, carried by three headless girls in satin outfits was spoiled somewhat by the fact that she was shaking and shuddering with silent sobs. Slowly, the procession made its way up the aisle, and Cordelia took her place next to the visibly excited Sir Jasper.
“Dearly beloved,” commenced Father O’Shaughnessey, “we are gathered here today to witness the joining of these two people in holy matrimony…”
As he spoke Sister Odium reddened and begun to rock to and fro in the pew. When he got to the part asking any person who knew of any lawful impediment to the marriage to “speak now, or forever hold their tongue,” she turned purple, and almost looked as though she would burst with rage. She spluttered audibly and flecks of spittle burst forth from her clenched lips. But she said nothing.
The service continued, the Father’s gentle but strong voice in contrast to the nervous whisper of Cordelia and the confident swaggering tone of Sir Jasper.
At last the point was reached where the ring was placed on Cordelia’s finger, and the priest spoke the words “I now declare you man and wife.” A hush descended on the church.
“You may now kiss the bride”
Grinning, and sweating profusely, Sir Jasper lifted Cordelia’s veil. With hungry eyes he leaned towards her lips, moistening them with his tongue before puckering up. But just as he was about to make contact, he stopped clapped a hand to his neck, and fell to the floor.
A gasp of horror went up throughout the Church. Father O’Shaunessey dropped to his knees next to the stricken man, and started to check his pulse.
“Has he fainted? Is it a stroke? asked Kilvert with a furrowed brow.
The priest looked up with a grave face.
“It’s worse than that, he’s dead, Jim”

What has happened to Sir Jasper? What will happen to Cordelia? What fate will befall the headless orphans? Find out in the thrilling final episode. Tomorrow!