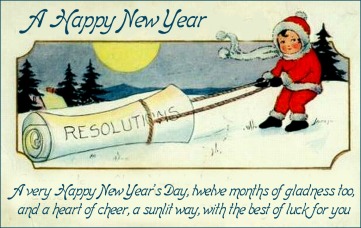 Here we go again. The end of another ruddy year, where you are traditionally supposed to look backwards and forwards at the same time, remember the best and the worst of the past twelve months and look forward to the next twelve. Then you are supposed to make ruddy revolutions about what you are going to do differently in the future.
Well, to be honest with you, I thought 2014 was a lovely year. I know that my nephew pushed me a bit. But I wrote a cart load of memoirs, stories and little homilies, and hopefully gave a fair few people the benefit of my wisdom. I also made quite a few friends out of it. Internetty friends, but friends all the same, and people who write memoirs, stories and little homilies that I have enjoyed reading.
I had some good fun manifesting myself at a few different functions in 2014 as well, where I told people’s fortunes, pulled raffle tickets, and even met a pop star who has apparently played at the Albert Hall in London and starred in a film about himself that opened at Leicester Square in London. To be honest with you though. I don’t think these pop stars are all they are cracked up to be. He seemed a queer sort of a stick to me.
So.. My revolutions for 2015.
Number One: Stop trusting my nephew to do anything properly. Did you see what he did last Sunday? I had left him two tarot card articles to put out this week and next. The ruddy silly idiot only went and put them both out on the same day. What does he think it is? The Christmas edition of the Radio Times? That’s my week off up the Swanee.
Number Two: Get some of my stuff published. This will be hard, as I will have to depend on that nephew again, and sometimes I think that he is more bothered about his pop music and his ruddy poetry than he is about me.
And whilst we are on the subject of my nephew…
Number Three: Make sure that he cuts his ruddy toenails more often. I am sick and tired of manifesting myself in tights that he has laddered to high heaven with those razor sharp things growing out of the end of his feet. If I had a few snakes tattooed on my legs, kiddies could play a ruddy board game on my lower half.
And that’s about it really. It doesn’t do to be making too many of them revolutions. It only gets you down in the ruddy mouth when you don’t keep them. I wrote a few a articles about New Years Revolutions the other year, where I gave advice and help to those wanting to do things a bit differently in the future. They are available to read through my archive system along with loads of other old nonsense.
So I will love you and leave you, and hope that you have a lovely new year and achieve all that you wish for in 2015. Unless you wish for anything mean and nasty and violent of course. It’s alright that Walt Disney saying “When you wish upon a star your dreams come true” but who is to say that Hitler didn’t wish upon a ruddy star eh? No, the way I see it, you want to make sure that your dreams are reasonable and proportionate first, just like your New Years Revolutions should be. Otherwise you run the risk of ending up topping yourself in a coal bunker in the ruins of Berlin. Or some ruddy where.
Happy New Year! 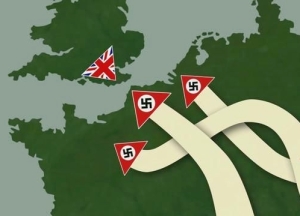 Yes it was horrible. Yes loads of people died. Yes, we thought that it would be us next, what with Hitler sending them doodlebugs over every night and only Arthur Lowe and Clive Dunn standing between us and Ruddy Hitler,. But somehow, despite all that, there were plenty of people of my generation who missed the Second World War when it was all over.
I reckon that the reason that we looked back so fondly on it was that everyone felt that they were in the same boat back in them days. Them bombs could have hit any one of our houses from Buckingham Palace down to the grottiest hovel down the darkest back street of our grubby neck of the woods. If Hitler had have come over with his storm troopers, he would have come for the lot of us, an’all. Every one of us would have all been learning how to talk German, salute his ruddy silly flag and eat ruddy sausages made out of horse meat. None of us wanted that. Even when we was hungry. You don’t go eating horses. It just isn’t the British way. Or it wasn’t until the Germans came over anyway and built them Lidl stores everywhere selling their ruddy cheap “beefburgers”
The thing was, that during the war, what with having a common enemy, we all pulled together, and there was a real sense of community. Not like today, where it feels like its everyone for themselves, and them with the money and the power getting the biggest slice of everything. We used to share things out during the war, and if anyone was down on their luck, we used to help them.
There were some laughs too. Raymond’s Mother told me about the time when the sirens went off in the middle of the night while she was in bed. The drill was get your gas mask on and get out of the house and out to the shelter, which was a shared one for all the people who lived in her little terrace of houses. The only thing was she had been to visit her sister that night and forgotten to bring her mask home with her. So she was worried that she might get gassed to death. Then she remembered that she had read somewhere that you could protect yourself by soaking a blanket in water and throwing it over your head. Well she had plenty of blankets around her, because she was in bed, but no water. But there was a pot full of piss under the bed, and she didn’t want to die, so she soaked the blanket in it and ran downstairs and out to the shelter.
Of course, it was a false alarm, but she had to wait half an hour soaked in her own pee before it was safe to go back in. She ruddy stank to high heaven, and the neighbours never let her forget it. Mollie Pittle Head they used to call her. But it was all good natured fun. There was no malice in those days, we were all in it together after all. A real sense of fun and fellowhip. Its all gone now, but so has Hitler, so it all balances out I suppose. All things must pass.
Follow Auntie Doris on WordPress.com