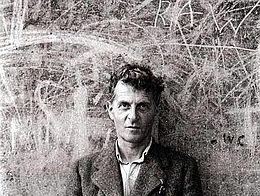 Over the past two weeks, I have done my best to give you a frank and truthful account of what life is like on the other side, from the point of passing over, through different aspects of life on the other side and remaining in contact with the living, all the way through to leaving ego and individuality behind and joining The Meld.
I hear a voice at the back ask “what is The Meld?” Haven’t you ruddy well read anything that I have written, or hasn’t any of it sunk in? The Meld is the collective spring of consciousness from which all life is drawn. It is where we come from and where we go back to. We fill it with our experiences, ideas and beliefs. It is beyond good and evil. It is beyond everything. It just is.
The famous German Geordie Philosopher, Ludwig Wittgenstein was on about The Meld at the end of his Tractatus Logico Philosophicus (1921), when he wrote “Whereof one cannot speak thereof one must remain silent” my Mother used to say something similar: “If you haven’t got anything sensible to say, keep your ruddy trap shut!”
The thing is though, that when Wittgenstein wrote that, he wasn’t even dead, so he didn’t have any of the facts at hand like I do. Of course he is on the other side now, and could probably contact the living with an amended version of his stuff, but he isn’t the least bit bothered about doing anything of the sort. He just stays in all the time and watches old black and white western films with A.J. Ayer and Bertrand Russell and all his other cronies.
“You tell them about it if you like. Doris” he said to me when I went around to broach the subject with him. “I’m not going to. Whereof you cannot be arsed about” he said “thereof one should be silent” And as soon as he had said it, he gave out such a sudden and explosive laugh that little bits of the KP Rancheros corn snacks he was eating were sprayed all over the room, Elisabeth Anscombe had to punch him on the back to stop him choking. I left them to their “Treasure of the Sierre Madre”
Any road. Some people might worry where The Meld fits in with the Theory of Everything and the infinite Multiverses that I mentioned a few weeks ago in “Auntie Doris by Special Request” So I had better tie up that particular loose end. Its quite simple really. Here is how it works.
We live in a finite universe which is one part of an infinite series of universes called the Multiverse. Because the Multiverse is infinite, anything can happen in it. So there are infinite universes parallel to this one, where you and I exist, but where there are subtle differences. I might still be alive in some of them and you might be the one that’s dead for example. There may be universes where Jeremy Clarkson talks sense, and universes where pigs actually can fly. Infinite amounts of them! There are an infinite number of uniiverses where there is no life at all. And there are also an infinite number of universes where there is.
Take it from me. I’m dead, I know more about these things than you do. It is an absolute fundamental fact of the Multiverse that for every single life bearing universe in existence, there is an ‘other side” where the living go to when they die. OK so some of them are full of moss and very little else, but they are there. And they don’t exist in the physical realm of the universes that they are attached to either, they just exist.
But listen carefully. There is only one Meld. That is why it is called The Meld. And whatever universe you came from, whatever you did, however you looked, you will eventually end up in The Meld, without ego or individuality, without body or soul. You will become The Meld. In the final analysis, as HRH the Duke of Edinburgh likes to put it we all “get back to where we ruddy came from”. And that’s that.
As usual, those who are concerned, worried or just plain baffled by this little homily are invited to share their thoughts below it. I will do my best to quiet your nervous heart.