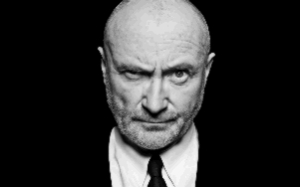 Religious people have a bit of a culture shock when they first arrive on the other side. They expect to see their God. They expect to be judged. They expect to be rewarded or punished. The Lord alone knows what puts that idea into their heads, because, although things are really nice here, there is no sign of any of the traditional religious figures. Unless they are all hiding somewhere.
After a the initial shock though, most of your religious types decide that they haven’t properly died yet. I mean, they know that they have moved on from the land of the living and left friends and relatives behind, but they feel that there must be some further realm, where the ones that they worshipped all their lives will finally reveal themselves and do a bit of judging, rewarding and punishing. And who am I to argue? Maybe they are right. All I know is that once they come to that understanding, they mostly carry on as they did before, saying their prayers, trying to be nice to people, and trying to convert people to their way of thinking. This is because religious people are generally very pleasant people, and life after death is generally a very pleasant experience.
But what about the really bad beggars? Hitler isn’t knocking about here, and I imagine that the place would be a lot less pleasant if he was. I’ve not seen anything of Jimmy Saville either, and there are a fair few other wicked so and sos who are conspicuous by their absence.
Well, I have poked my nose about and asked a few questions, and I have found out. Those religious people are right about that further realm. I dunno how much it will live up to their expectations, but it is definitely there, and any of us can move on to it when we feel ready to.
But the bad ones, they don’t get the choice. The minute they die, they move straight on to that further realm.
It is called The Meld. And once you move on to The Meld, you lose your personal identity. Hitler and Jimmy Saville, and Vlad the Impaler, and Jack the Ripper, they are all inThe Meld, along with a load of other people who chose to go there voluntarily after they had had enough of the bit of the other side where I currently reside. Their memories and experiences and ideas and beliefs are all in there too. But their egos are not. The Meld is just a mass of memories, experiences, ideas and beliefs. They are not attached to individuals. They are only attached to The Meld. I don’t properly get it, but there is no good or evil in the meld, no pain or pleasure, no right or wrong, just those memories, experiences, ideas and beliefs, some of which contradict each other, some of which you just can’t imagine being part of the same thing. But they are.
Most of the people in my bit of the other side aren’t ready to move on to The Meld yet. I know that I’m ruddy not. I like being me. I like pretending I still have a body and a bungalow on a bus route. I still take an interest in the land of the living. But just as I once grew from a baby into a girl into a woman and beyond, I will eventually grow into The Meld. It is the way of things.
I will leave you to digest that, before I tell you a bit more about The Meld in my next little homily.

If any of this stuff freaks you out, or you are personally affected by it, and would like to talk it over in the glaring light of the public arena that is the ruddy internet. Feel free to comment, and I will do my best to answer any questions you may have.

3 thoughts on “Auntie Doris: Life on the Other Side #4: What Happens to Evil People?”